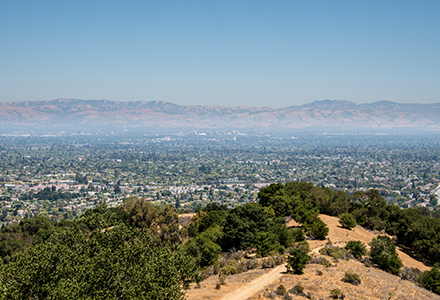 Sunnyvale, California was originally founded as the City of Murphy, named after one of the cities first residents, Martin Murphy Jr. a rancher and wheat farmer who purchased a piece of the historic Rancho Pastoria de las Borregas property in 1850. Mr. Murphy later named his property “Bay View” and constructed one of the first wood frame homes in the area.

In the 1870s, property tax laws, imports and soil degradation caused wheat farming to become uneconomical in Santa Clara County. Small fruit orchards replaced the large wheat farms. In 1871, James and Eloise Dawson established the first fruit cannery in Santa Clara County and fruit agriculture and canning soon became a major industry in the area. The invention of the refrigerated rail car further increased the viability of an economy based upon fruit. The fruit orchards become so prevalent that in 1886, the San Jose Board of Trade called Santa Clara County the “Garden of the World”.

In 1897, Walter Everett Crossman bought 200 acres and began selling real estate. He advertised the area as Beautiful Murphy. Later, in the 1900s, real estate developer Walter Crossman described it as “the City of Destiny”. Also in 1897, Encina School opened as the first school in Murphy. Previously, children in the town had to travel to Mountain View for school.

In 1901, the residents of Murphy were informed they could not use the name Murphy for their post office, and decided to use the name Sunnyvale for the name of their town.

In 1912, residents of Sunnyvale voted to incorporate, and Sunnyvale became an official city.

During World War II, the economy began a change from the fruit industry to the high-tech industry. The Joshua Hendy Iron Works built marine steam engines, naval guns and rocket launchers to aid in the war effort. As the defense industry grew, a shortage of workers in the farm industry was created. Immigrants from Mexico came to Sunnyvale to fill this void of workers.

Following the war, the fruit orchards and sweetcorn farms were cleared to build factories, homes and offices. In 1956, the aircraft manufacturer Lockheed moved its headquarters to Sunnyvale. Since then, numerous high-tech companies have established offices and headquarters in Sunnyvale, including AMD, Honeywell, Jupiter Networks and Yahoo. 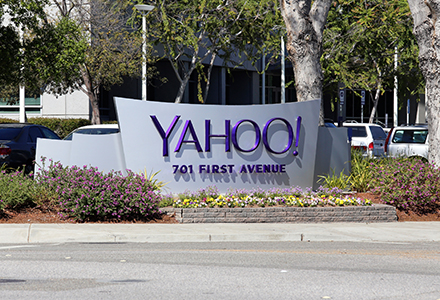 By 2002, the few remaining orchards were demolished and replaced with homes, restaurants and shops. However, there are still city-owned orchards, such as the Heritage Orchard next to the Sunnyvale Community Center.